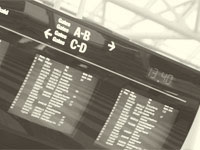 Our firm represents clients in the Louisiana area, who have been involved in aviation accidents and are looking for the best aviation lawyer. Airline accidents can come arise from a whole series of different reasons. Some of these reason include:

The best New Orleans aviation attorneys know most aviation accidents will fall under federal jurisdiction, there are not a set number of specific statutes or laws relevant to an airplane accident and each falls under incident specific matters.

There are certain things that may be done, though, leading up to the judicial proceedings. For instance, checking out this site for updates relating to the accident findings and results. That site will feature findings involving the blame and responsibility, be it pilot, government, mechanical error, etc. Further, local news and tv will likely cover the matter extensively and keeping close notes or records on the situation. Regardless of the issues, it is important to find legal representation to help you handle the matter. Different types of crashes, in different settings, can lead to a myriad of elements of fault and development for the legal proceedings of the crash.

To understand the complexities that can arise from personal injury or wrongful death claims that arise from accidents in the air one could review a recent case out of the Louisiana Third Circuit Court of Appeal; Allen v. PHI, Inc., 15-461, p. 2 (La.App. 3 Cir. 12/9/15), 181 So.3d 890, 893. That case involved a helicopter that was owned by PHI, Inc. that was sent to an oil rig platform in the Gulf of Mexico to pick up oil rig workers. Upon landing on the rig the helicopter rolled over. Mr. Allen was waiting to be picked up by the helicopter for transportation back to Louisiana and he witnessed the accident. Fortunately neither the pilot nor any of the passengers were hurt. However, Mr. Allen claimed in his lawsuit that he suffered from various emotional and physical ailments related to witnessing the accident that prevented him from working from that point forward.

In the Allen case a key argument arose over whether or not the National Transportation Safety Board’s report on the accident could be admitted into evidence. The defendants argued that 49 U.S.C. § 1154(b) prevented the entry of the report into evidence. That statute specifically says that such reports cannot be used in civil litigation. The Plaintiffs argued that allow a plain reading of the statute seems to suggest that the report should not be admitted in previous aviation lawsuits courts have allowed the entry of the report into evidence. Ultimately the Louisiana Third Circuit Court of Appeals agreed that with the trial court that the report should be excluded. The appeals court reasoned that certain sections of the report would be unduly prejudicial and further it contained unadmissible hearsay under Louisiana Law.

The Allen case demonstrates a small sampling of the many complex issues that can arise in any aviation related lawsuit. It’s important that you have the best lawyer you can when faced with these types of difficult cases.

If you have suffered an injury or a family member in an airline or helicopter related accident, contact my law office today at 504-527-6225 to set up a FREE consultation to discuss your legal options.