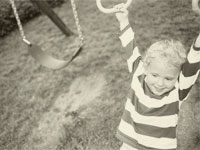 So what happens if your child is injured at the hands of another in New Orleans, should you consult the best child injury lawyer? The first step is to contact a lawyer. Generally, an emancipated minor cannot file a lawsuit on their own behalf. This is because the courts believe that children have a lack of capacity or understanding of the law so therefore they cannot sue on their own. Instead, the state of Louisiana allows the father of the child to be the party that brings forth the lawsuit, this is if the parents are not divorced or separated. The preeminent Louisiana child injury attorneys know the laws in Louisiana and how to use them. A legal representative may be appointed by a court, if the child has no parent or guardian.

Injuries to children are all too common nowadays. The Center for Disease Control, issued a report in 2008, stating that about twenty children pass away every day from some sort of sustained injury and over nine million children are recieve emergency medical care a year for injuries that are considered to be nonfatal. Such injuries included but are not limited to: slips and falls, burns, traffic accidents, poisoning, drownings, animal bites and even suffocation. Most of these injuries are unintentional however just like most illnesses, they are highly preventable. This is why the law allows us to bring lawsuits forward and recover money when we are injured.

Children can get injured at any time and any at place, a common place where children get injured is the land of another this is because they were attracted to the land by some sort of unusual land condition or object. Let’s face it children do not always stay on their parent’s property and sometimes wander onto the property of another. Typically, landowners have no duty to protect trespassers from sustaining injures on their land, however there is a special duty that landowners owe to children. This arises under the attractive nuisance doctrine and landowners are expected to take reasonable care to safeguard children from dangerous land conditions or objects on their property. Even though the child has trespassed the law assumes that they were unaware of the dangers that certain land conditions or objects pose so the landowner is liable if the child is injured and they did not take precautions to prevent such injuries. Examples of situations that fall under this doctrine include: ungated pools, large open holes in the ground, and abandoned cars. Of course there are other situations that will fall into this doctrine and they are looked at in a case by case basis dependent on the child’s age and maturity level.

A child in Louisiana is also entitled to recovery of damages under the bystander effect. This is when an individual witnesses an accident or arrives upon the scene of the accident soon after it has happened. This is only recoverable if there is a close family relationship between the child and the victim of the accident such as one’s parents, grandparents, or siblings.